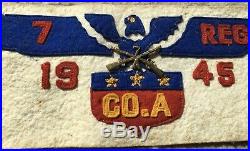 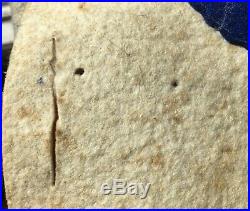 The Seventh served in the Pacific versus the Japanese during World War II. They partook in the Battle of Leyte in 1944 and the Battle of Luzon in early 1945. They later participated in the occupation of Japan following hostilities. This is a great piece of US military history. The item "GREAT 1945 7th Cavalry Regiment, US Army WWII Pacific Felt ARMBAND with Eagle, Pin" is in sale since Monday, November 11, 2019.

This item is in the category "Collectibles\Militaria\WW II (1939-45)\Original Period Items\United States\Patches".berkeley-stanford_collector" and is located in Berkeley, California.