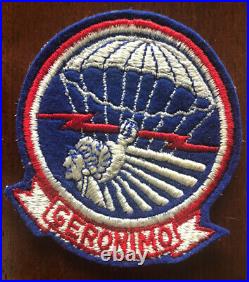 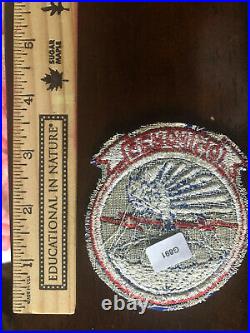 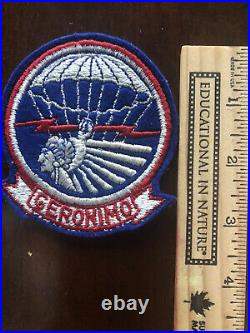 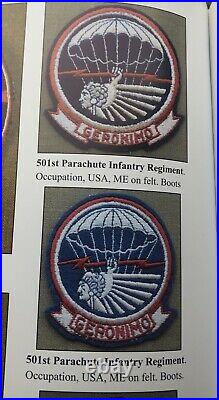 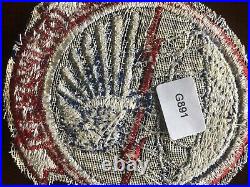 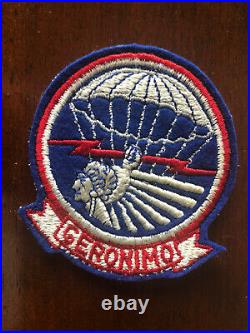 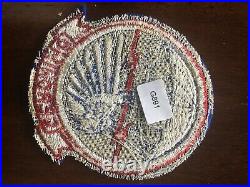 Authentic Original WW2 US Army 501st Airborne Infantry Regiment Geronimo Patch. I got this from a very reputable dealer.

You may recognize the code on the back. Photo is from Emblems of Honor Airborne patch reference book by Keller and Keller. Patch seems to be 3 by 3 1/2.

This seems to be an end of war/Occupation patch. The famous test platoon, the prime ancestor of all American parachute units, provided the nucleus of the 1st Parachute Battalion, which in turn provided part of the cadre, the unit number, the genealogical lineage and the heraldic background of the 501st Parachute Regiment. The 501st (less 3rd Battalion) took off from Merryfield Airport at 2245, 5 June 1944, while the 3rd Battalion departed at the same time from Welford.

All units flew across the English Channel and were set to drop into Normandy, five hours prior to the seaborne landing. The 501st drop zones were north and east of Carentan. Two battalions were to seize key canal locks at La Barquette and destroy bridges over the Douve River, while the third battalion was in division reserve. The troop aircraft formations were widely scattered due to a combination of low clouds, poor visibility and enemy anti-aircraft fire.

This caused highly scattered drops and units were widely dispersed across the battlefront. The ensuing action bore little resemblance to their briefing, but because the soldiers were well prepared, the regiment and the division accomplished its multiple missions, but none of them as rehearsed. The success was credited to the initiative, stamina, and daring of individual parachutists, who decided how best to accomplish some part of the overall mission. The capture of a key causeway from Utah Beach at Pouppeville by a scratch force of about 100 officers and men, formed around a nucleus from the 3rd Battalion (division reserve) of the 501st, was typical.