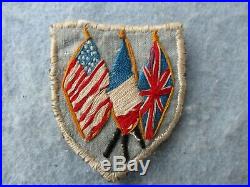 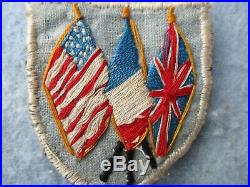 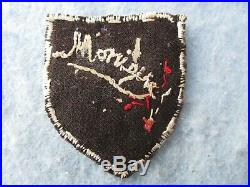 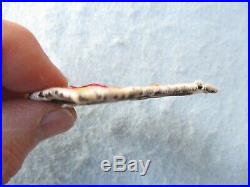 Absolutely gorgeous, this patch was worn and removed from a uniform. The exact significance of this patch I do not know but it came out of a large collection of WWII Patches I recently acquired. It might have been a liaison patch that was local and unauthorized for both during the War and the early on occupation. The patch is at least 75 years old and in about fair condition. WWII US Army Patches, Insignia.

European Theater Made Patch, Theater Made Hand Stitched. Embroidered Flags of the Western Allied Nations on Blue Shield Shaped Patch. Exquisitely crafted, work of art, signed by the designer on the black backing in stitching. Removed, broken in, wear to border.